On Monday, September 2, 2019, the summer school “IoT meets AI” started very successfully in Werk 1 in Munich. The team around Marc-Oliver Pahl had invested a significant portion of their weekend on setting up a cozy work environment on the one hand, and preparing everything for the livestream (https://future-iot.org/stream/) on the other hand.

Marc-Oliver Pahl (TUM) opened the summer school by introducing his co-organizers Arne Bröring (Siemens) and Nicolas Montavont (IMT). He credited the organizing team that did a wonderful job in helping to setup the event for the 32 participants and about 30 support staff people. In particular he mentioned Fabian Rhein (Siemens), Catharina Vos (TUM International), his team consisting of Lars Wüstrich, Erkin Kirdan, Stefan Liebald, and Christian Lübben, and Olivia Pahl (FGW), who helped almost the entire weekend, and Marlene Eder (Werk1). Marc-Oliver also introduced the sponsors, DFH/ UFA (most likely), Siemens AD, Siemens CKI, German-French Academy for the industry of the future, and of course TUM and Siemens. He explained the concept of having focus talks combined with the hackathon on the 4 challenges:

Then the opening keynote “IoT meets AI” was given by Marc-Oliver Pahl (TUM) and Chris Winkler (Siemens). Marc-Oliver explained why the Internet of Things (IoT) and Machine Learning (ML) are important factors for a new phase of computing, Ubiquitous Computing. Based on a historic background, this context information set the stage for the industrial perspective on the IoT and AI.

Chris Winkler presented current industrial developments and challenges from the Siemens point of view. A focus was on decomposing tasks into autonomous modules that can collaborate. Chris also talked about deployment settings such as edge computing, and about the pivotal role of semantics.

Marc-Oliver continued with the key challenges of today’s IoT: silos. Besides vendor or spatial silos he introduced middleware silos. In his talk he introduced the concept of semantic data-centric middleware. He explained the central role of semantics for data management and discovery. He introduced the key challenges he and his IoT Smart Space Orchestration team (https://s2labs.org/) are working on: autonomous IoT data management, and autonomous service management. An application example of an industrial robot with a chainsaw that cut a chair and tables closed the talk with a teaser towards security that will be covered on Wednesday.

For then lunch break, the entire group went to a nearby canteen.

Next, Danh Le Phouc (TU Berlin) introduced the role of semantics in the IoT more in detail. Based on his research he introduced previous research work into semantic modeling and processing of semantics.

The last regular lecture was given by Laurent Toutin (IMT Atlantique; Acklio) on “Long Range radio for IoT”. Among a technology overview, Laurent gave insights into the standardization of wide area communication protocols.

In the next session Fabian Rhein introduced the concept of the challenges and the jury pitch on Thursday. Then the team heads, Florian Gramss (1), Johannes (2), Stefan Liebald (3), Alexandre Marquet (4), presented their challenges. To kickstart the participants for the pitch, Bettina Meisch from Siemens introduced the jury, the evaluation criteria, and how to manage the short time.

As last and very important part of the full Monday agenda, Marc-Oliver explained the role of the 1-minute madness and the poster about oneself and current own challenges to the participants. He explained that exchange with the fellow participants is a central element. Then he moderated the 32 excellent self-preparations. All got to know with whom they will be working the next days. Then Marc-Oliver invited all participants to have a walk around the already mounted posters on the walls.

The evening ended in the Augustiner Stammhaus with tasty Bavarian food. Then the participants spread out and possibly went to bed early after a day full of nice impressions. 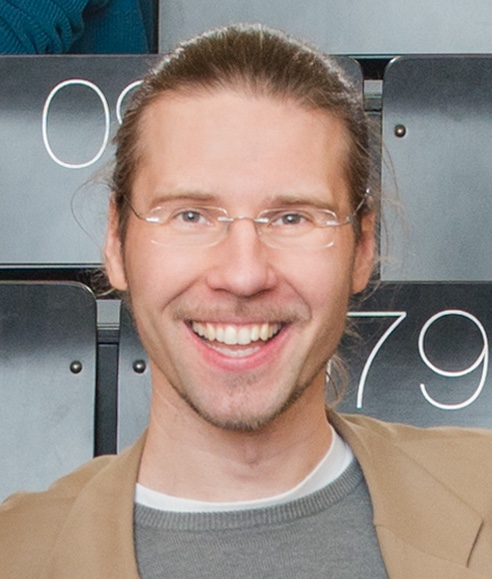 Marc-Oliver Pahl
Directeur de Recherches Cybersécurité at IMT Atlantique / Technical University of Munich
Marc-Oliver Pahl (https://s2labs.org/) is research director at the Institute Mines Télécom (IMT) Atlantique, Rennes campus, France. He is the chair holder and research director of the industrial chair “Cyber CNI” that focuses on Cybersecurity for industrial applications. Marc-Oliver also heads the IoT smart space team at Technical University of Munich (TUM), Germany. He is the coordinator of the digital teaching activities of the German-French Academy for the industry of the future (GFA). Marc-Oliver is the scientific vice president of the German chapter of the Association for Computing Machinery (ACM).

Marc-Oliver does Internet of Things (IoT) research since 2008 with a focus on data and service management in edge or local installations. His focus is on security, usability, reliability and resilience. Typical research methodologies include autonomous management, modularization, security-by-design, and data and service modeling. His commonly applied tools include system design and evaluation, machine learning, and distributed ledgers.

In the past, Marc-Oliver coordinated research projects on all levels from more than 20 international partner EU projects to local bilateral industry collaborations. He held most positions in major scientific conferences. His primary research community is the networks and service management community. He is a continuous member of the Technical Program Committee (TPC) of several major conferences.

Marc-Oliver is continuously teaching at university level since 2003. He holds multiple teaching prices. He supervised more than 150 individual students and several thousands in classroom courses. His biggest teaching project is the iLab series that teaches how distributed networked systems work starting from the Internet going towards novel concepts such as Information Centric Networks and specialization domains such as the Internet of Things. More teaching projects such as the Massive Open Online Course (MOOC) “iLabX – The Internet Masterclass” (https://ilabx.ilabxp.com/), or the summer school series on “Future Internet of Things” can be found on https://future-iot.org/.

This site uses Akismet to reduce spam. Learn how your comment data is processed.